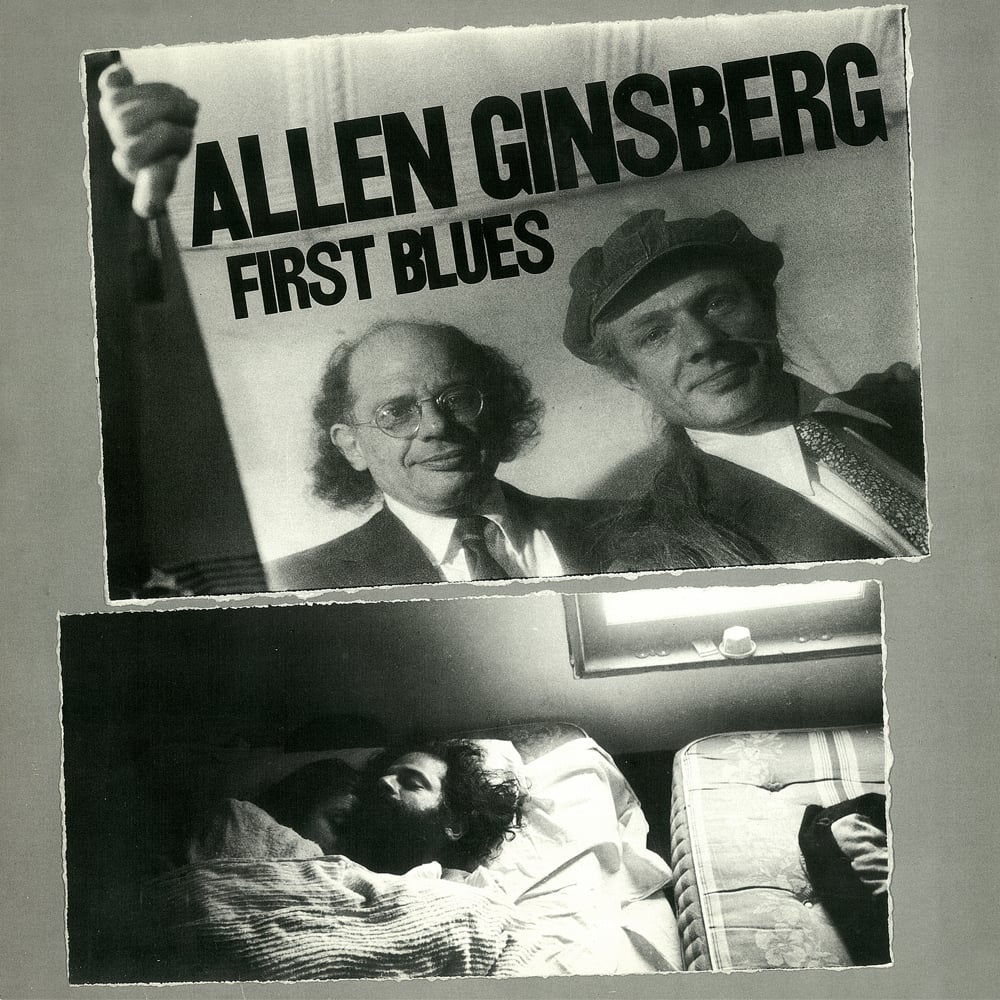 Beat generation poet Allen Ginsberg was also a singer/songwriter who was encouraged to write and record by none other than Bob Dylan, who took Allen into the studio for his first ever music recordings. Those 1971 recordings with Dylan, as well as sessions from 1976 with members of Dylan's Rolling Thunder Review band produced by maverick John Hammond (Billie Holiday, Aretha Franklin and Bruce Springsteen) and additional recordings from 1981 were gathered together and released as the double LP First Blues in 1983. Many of the recordings feature cello player Arthur Russell (known for his 1970's Flying Hearts band and his ground-breaking 1980's solo recordings).